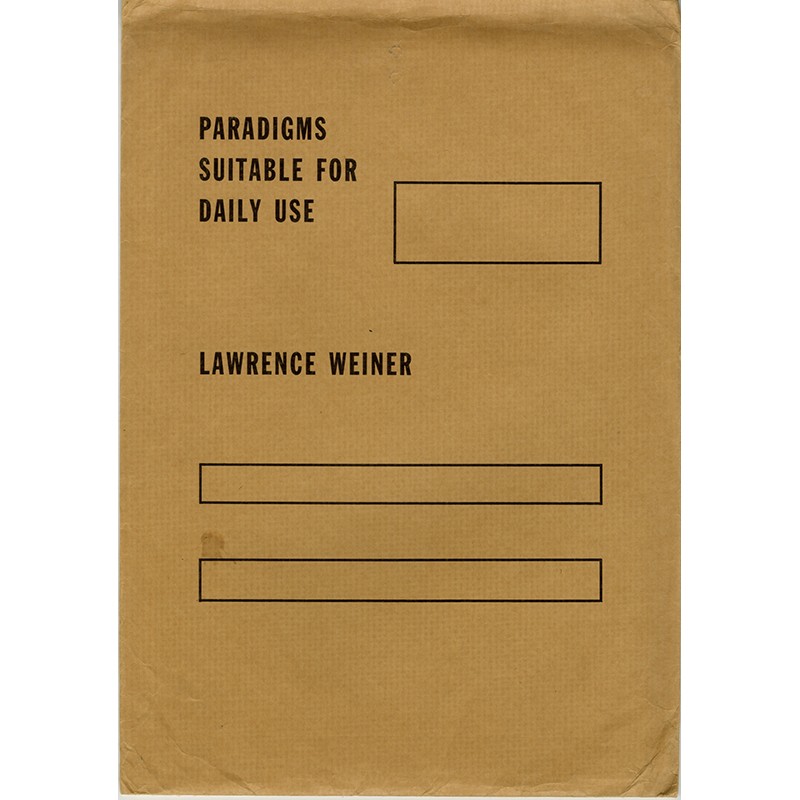 PARADIGMS SUITABLE FOR DAILY USE

"The guerrilla fighter tells of Commander Che Guevara and General Giap, living off the land, moving amongst the peasants, in the field. In something like the same bold spirit of infiltration, the art of Lawrence Weiner has no definitive or preferred form of its own; the key lies in its content- no structuralism here -in what the isolated 'sentence' actually says.
Language is a true and mobile medium of adaptation and infiltration, nuance and shift— more so because the single word or simple sentence has no physical aesthetic. The word 'stone' just means stone, generically, whereas the image of stone comprises the representation of a particular stone, and is therefore, the product of choice, the preferred image... but I have no wish to be didactic!
The point of the matter is that, like the guerrilla, Lawrence Weiner's art is practical about matters of form, about the conditions in the field. Taking on a chameleon form his work can slip into and sustain its presence within the changing consciousness of a culture. Unlike the single painting, no single work of Weiner's seeks to ascertain the simple, personal form. It is in my view, important that art works retain in this way, their maximum discursive power and stay as vital arguments in a society which consumes art works as objects of desire. It is in this respect that I consider Lawrence Weiner to be one of the great artists of our time, sensitive to its mood and character, and reflecting it without reportage —eminently contemporary, and therefore, historically relevant to the highest degree."